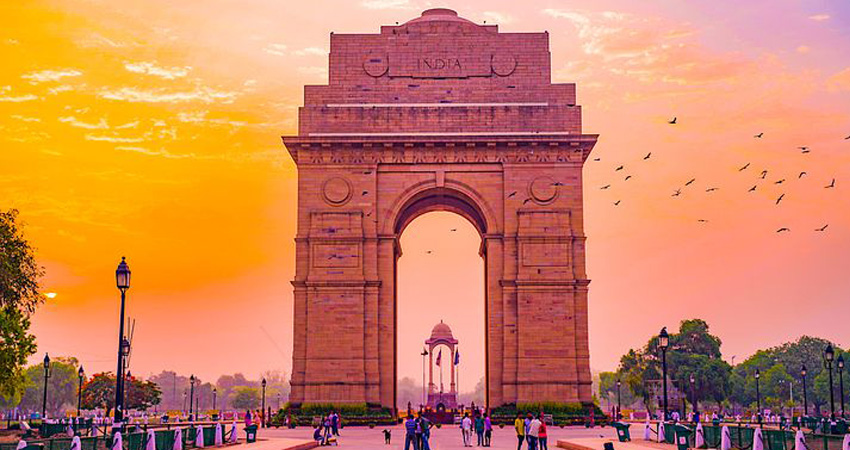 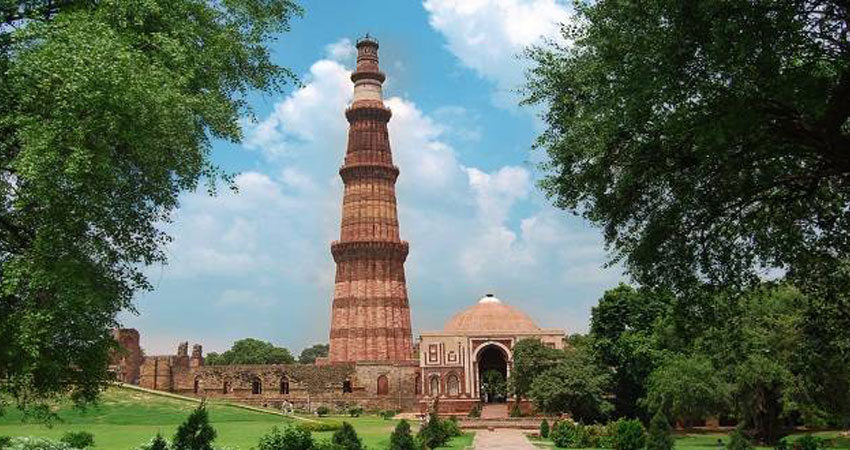 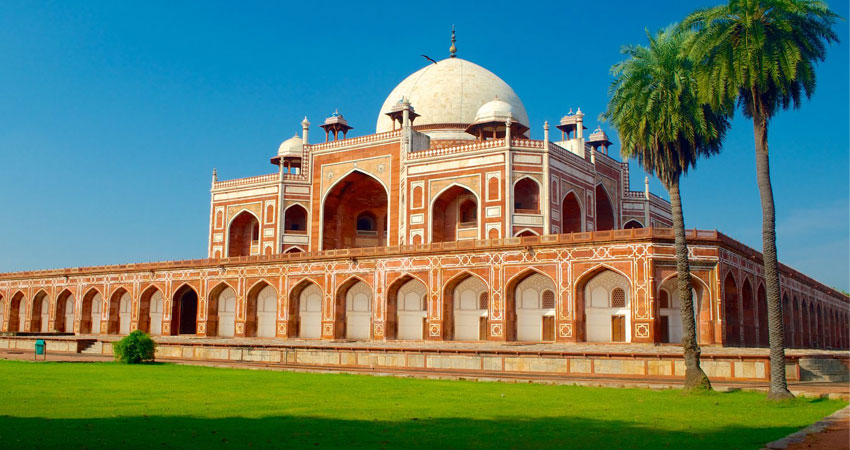 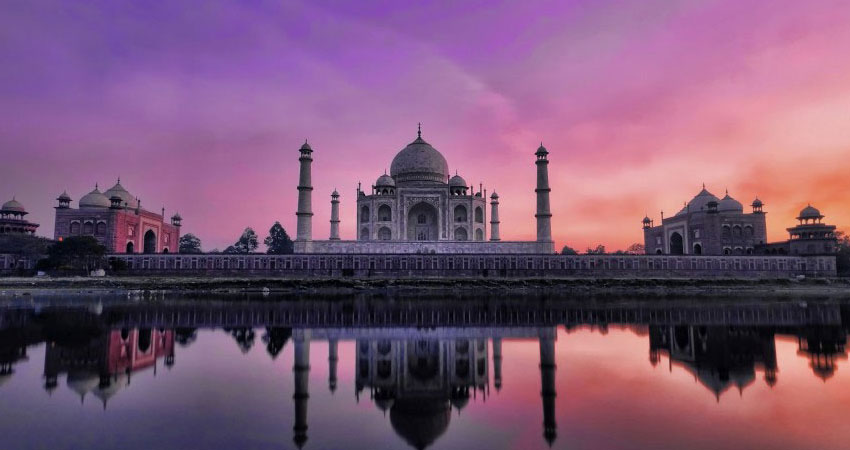 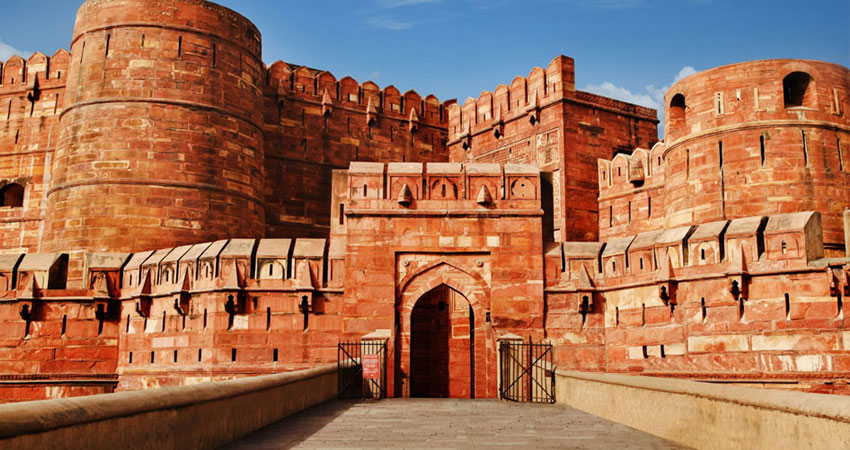 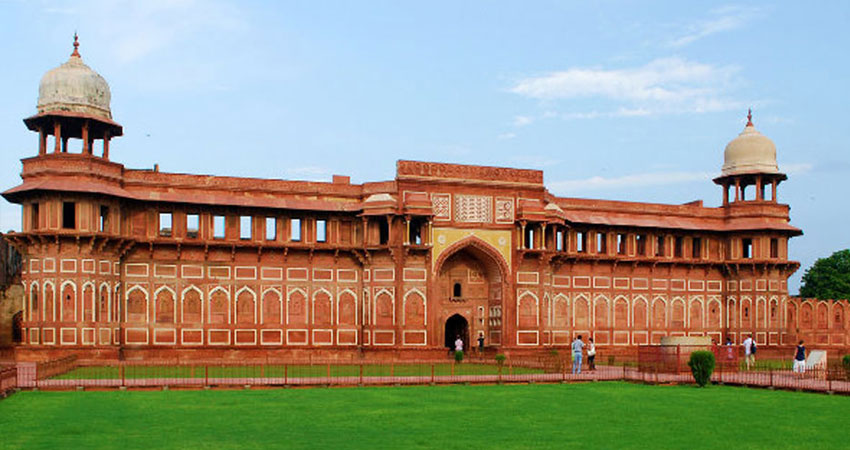 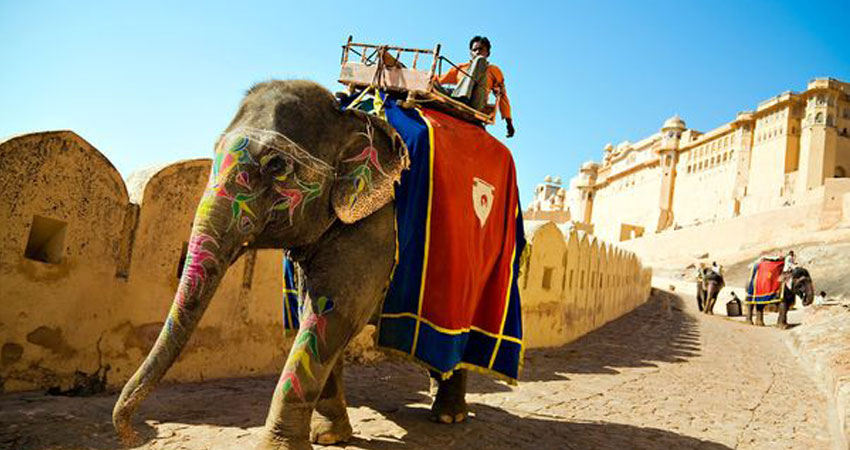 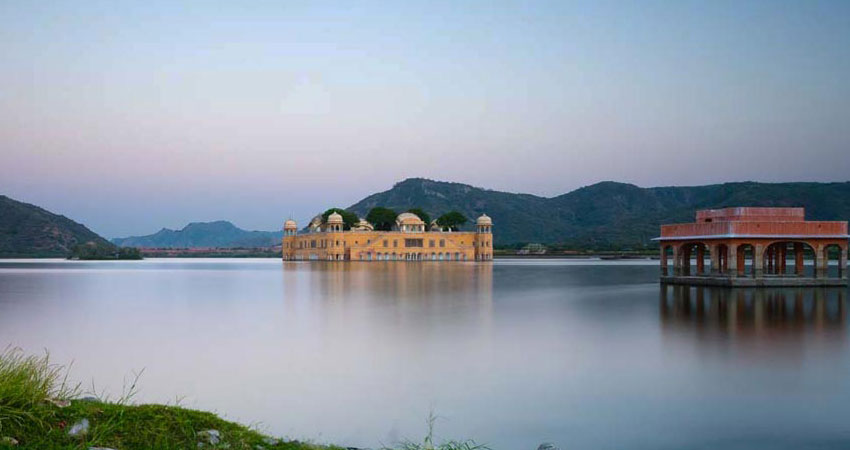 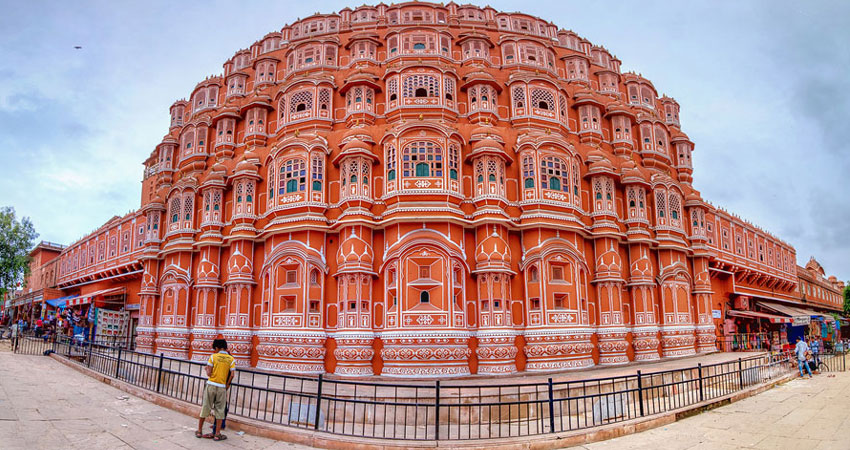 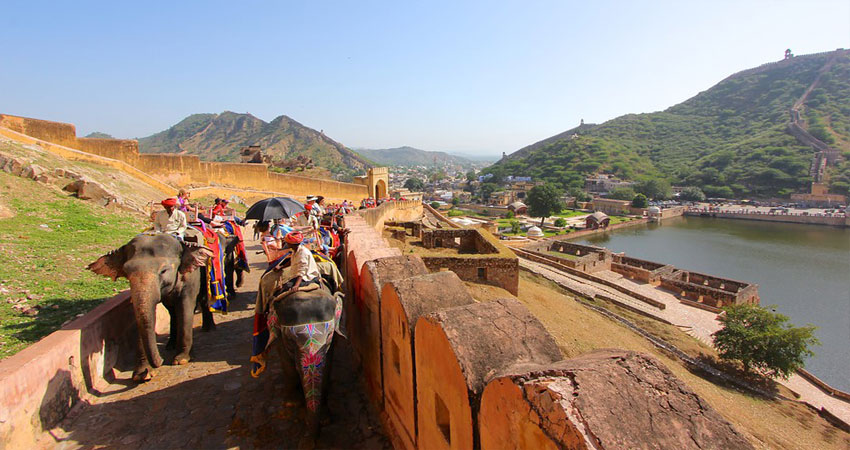 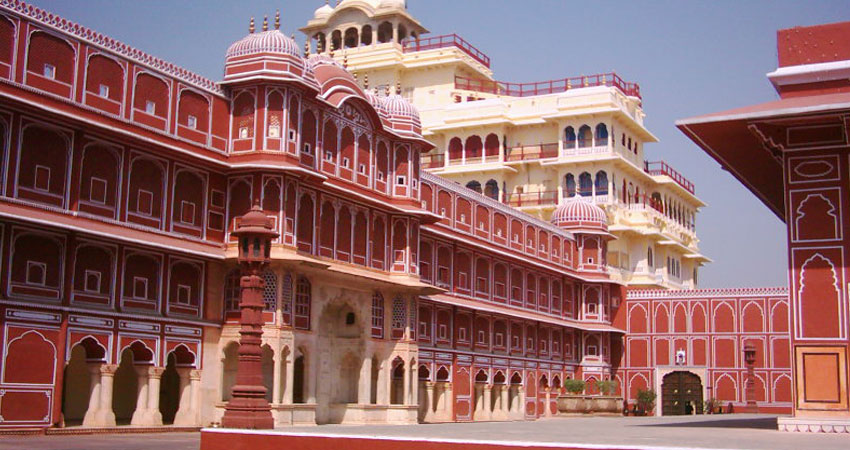 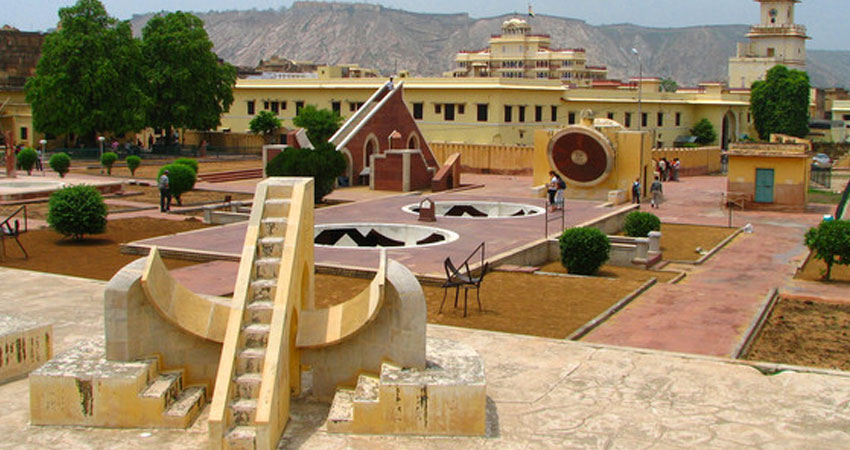 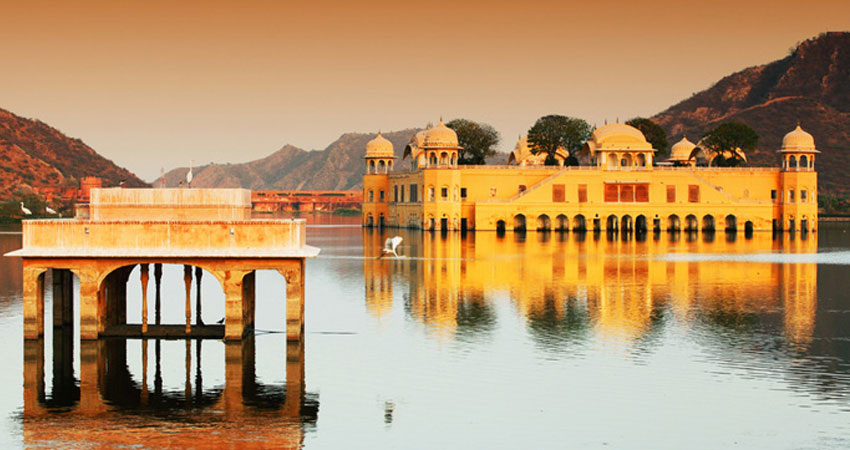 This India Golden Triangle Tour 5 Nights 6 Days Packages package is specially designed for foreign or Indian travellers, who want to explore Most popular three cities (Delhi, Agra and Jaipur) of North India. Enjoy 3 Cities in 6 Days Golden triangle Tour without having any rush.

8:00AM : As Per Your Flight Schedule, Our Representative Will Pick You From Airport and transfer to hotelBooked Hotel and There you will get into your private ac vehicle to travel to your hotel. There you will be given plenty of time to freshen up and rest up for the night so that you can start your trip with full energy. Overnight stay in delhi hotel.our driver and tour guide will be introduce by him and also give the brief details about your 4 Days Golden Triangle Tour.

After having a delicious local breakfast in your hotel, we will set out for a full day sightseeing tour to delhi this is first city of your 6 Days Golden Triangle Tour.

Humayun's tomb : This tomb, built in 1570, is of particular cultural significance as it was the first garden-tomb on the Indian subcontinent. It inspired several major architectural innovations, culminating in the construction of the Taj Mahal.

Qutub minar : The Qutub Minar, also spelled as Qutb Minar and Qutab Minar, It is a UNESCO World Heritage Site in the Mehrauli area of South Delhi, India.

India gate : The India Gate (formerly known as the All India War Memorial) is a war memorial located astride the Rajpath, on the eastern edge of the "ceremonial axis" of New Delhi.

Parliament house (Drive Pass): Parliament House or Sansad Bhavan is one of the most impressive buildings in Delhi. Later back to Hotel. Overnigth stay in Hotel In Delhi

After having a delicious local breakfast, checkout and drive to Delhi and check into hotel in Agra. after lunch, visit Agra Fort, Baby Taj and Mehatb Bagh.

Agra Fort : Also known as Lal Qila, Fort Rouge or Red Fort of Agra, the Agra Fort is a UNESCO world heritage site. The construction of the massive fort of red sandstone by the banks of Yamuna river was started by emperor Akbar.

Later evening back to hotel. overnight stay Hotel in Agra.

Pickup from hotel at 5:00AM and pricced to Taj Mahal in Sunrise. The Taj Mahal appears to gradually alter its color in the changing light of the day. It’s well worth the effort to get up early and spend sunrise there, and back to hotel and have breakfast then checkout and visit Fatehpur siki.

Taj Mahal : One of the seven wonders of the world, Taj Mahal is located on the banks of River Yamuna in Agra. It was built by the Mughal Emperor Shah Jahan as a memorial for his third wife, Mumtaz Mahal.

Fatehpur SIkri : Located at a distance of 40km from Agra, Fatehpur Sikri is a town in the Agra district and a famous tourist attraction. A city predominantly made of red sandstone, Fatehpur Sikri was founded in 1571 century by Mughal Emperor Akbar.

Pickup from Hotel in Jaipur and procced to Jaipur sightseeing.

Amber Fort :Amer Fort is located in Amer, a town with an area of 4 square kilometres located 11 kilometres from Jaipur, Rajasthan state, India. Located high on a hill, it is the principal tourist attraction in the Jaipur area. (also enjoy Elephant Ride at Amber Fort).

City Palace : City Palace, Jaipur, which includes the Chandra Mahal and Mubarak Mahal palaces and other buildings, is a palace complex in Jaipur.

Hawa Mahal (Wind Palace) : Hawa Mahal is a palace in Jaipur, India, so named because it was essentially a high screen wall built so the women of the royal household could observe street festivals while unseen from the outside.

Jal Mahal (Water Palace) : is located in middle of the Man Sagar Lake. it were renovated and enlarged in the 18th century by Maharaja Jai singh II.

Evening free for shopping : Jaipur is home to India’s largest and the most fabulous collection of jewelry of all types. Jaipur, famous for jewellery and clothes, is visited the most by people who love both.

After breakfast, checkout transfer you to Delhi, On arrival in Delhi and a driver will drop you AT airport for your onward journey.

The memories of this India Golden Triangle Tour 5 Nights 6 Days Packages and sweet vacation will be forever in your heart as per your flight schedule driver transfer you to Delhi airport. 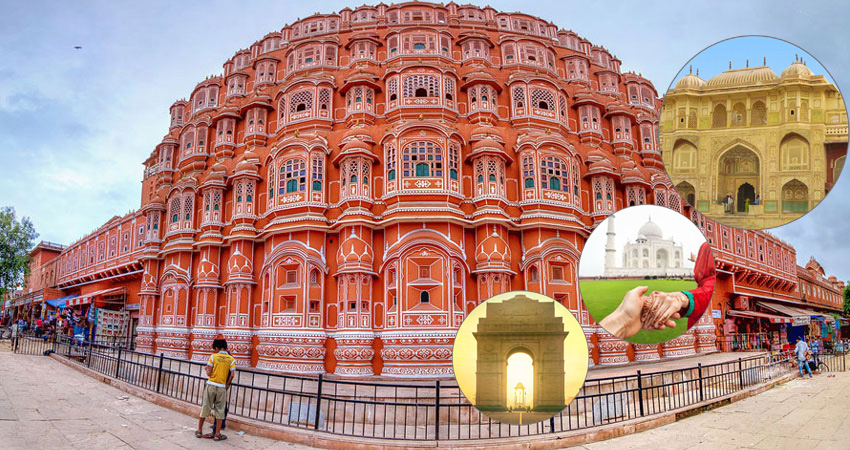 Through golden triangle tours, you will be visiting delhi, agra and jaipur. These three cities are very popular and highly demanded by foreign and indian tourists. 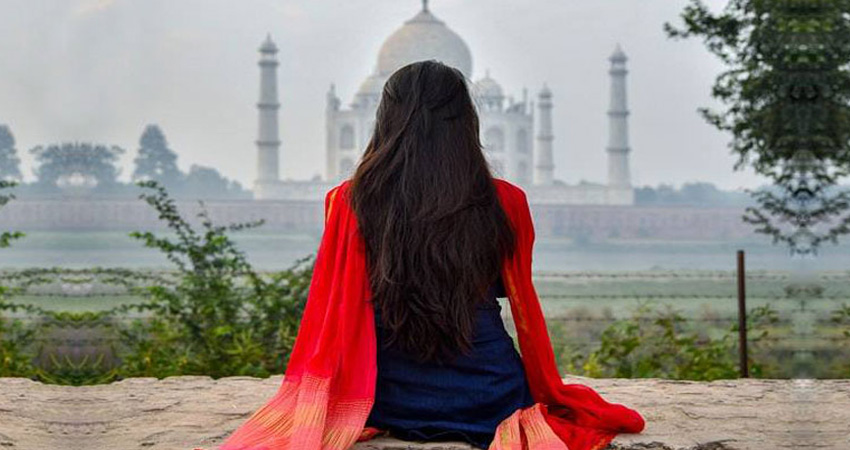 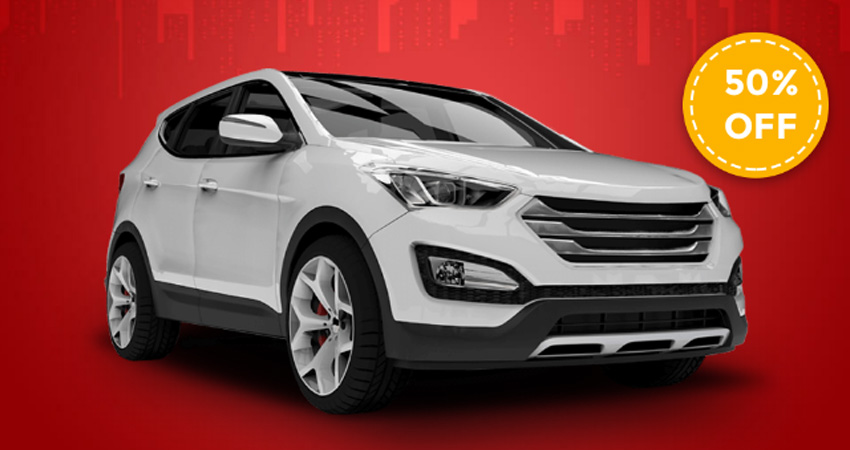 We are the top rated Agra Taxi Hire Company Provider in Agra city. Best Taxi Service in Agra and book any taxi in Agra with very lowest price.